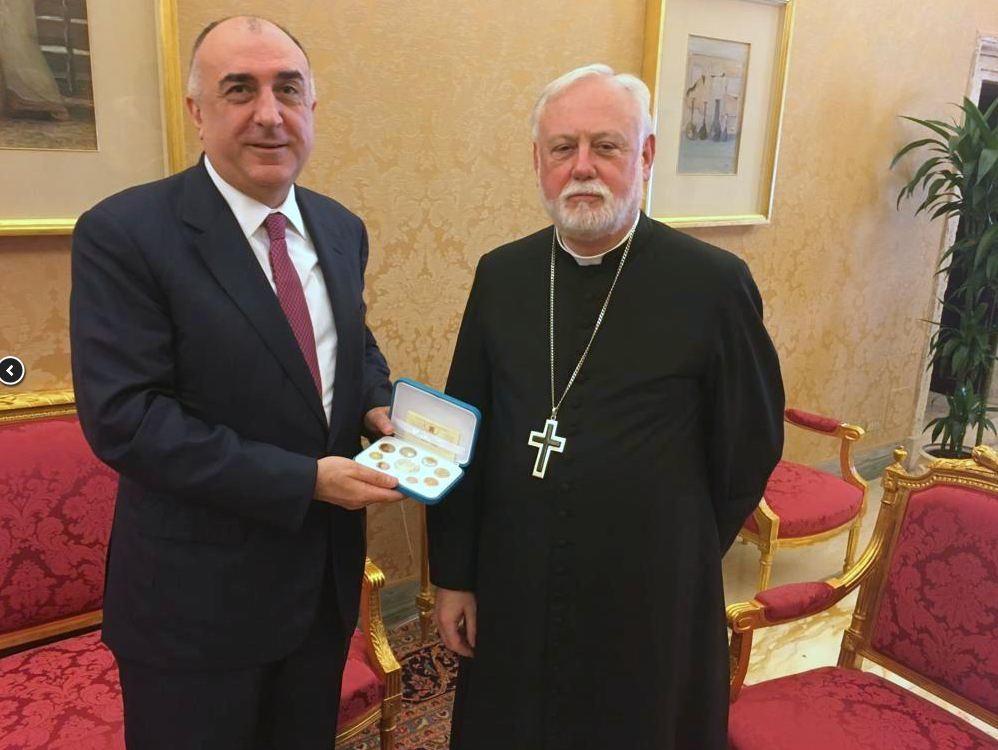 As part of his official visit to the Vatican, Azerbaijani Foreign Minister Elmar Mammadyarov has met with Archbishop Paul Richard Gallagher, Secretary for Relations with States within the Holy See's Secretariat of State.

At the meeting the sides expressed their satisfaction with the development of relations between Azerbaijan and the Vatican.

Referring to the significant projects implemented with the direct support of Heydar Aliyev Foundation, Gallagher highly appreciated the restoration of a number of historical monuments in the Vatican.

In turn, Mammadyarov noted that Azerbaijan has historically been a place where the representatives of different cultures and religions co-exist peacefully. The minister reiterated that on the basis of national traditions of tolerance Azerbaijan promotes the ideas of peaceful co-existence, mutual respect and multiculturalism in the world.

At the meeting Mammadyarov briefed his counterpart about the settlement process of the Armenia-Azerbaijan Nagorno-Karabakh conflict, just and fair position of Azerbaijan, as well as Armenia’s plundering and destruction policy of the cultural heritage of Azerbaijani people in the occupied territories of Azerbaijan.

At the meeting, the sides also exchanged their views on regional and international issues of mutual interest.