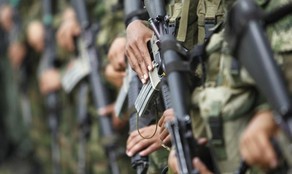 Armenian armed forces have 20 times violated the ceasefire with Azerbaijan on the line of contact over the past 24 hours, Azerbaijan's Defense Ministry said in a message June 19.

The 1994 ceasefire agreement was followed by peace negotiations.