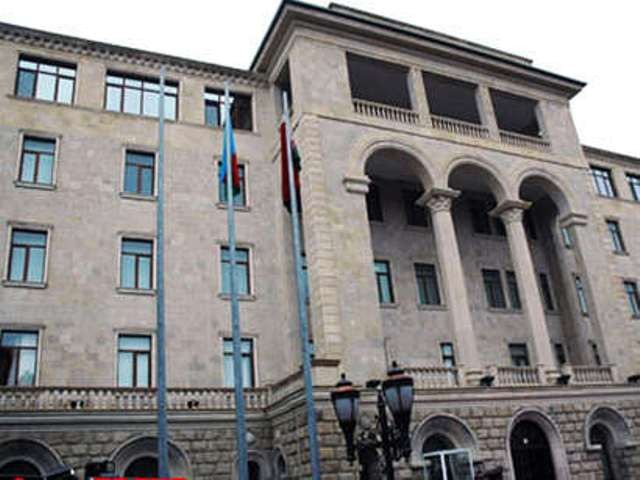 Information spread by the Armenian media on the night of July 8 on the alleged act of sabotage conducted by the Azerbaijani armed forces in direction of Aghdam, is misinformation said in the statement that has been released by Azerbaijani Defense Ministry.

The ministry said that due to the reigning unstable political situation in Armenia and in order to distract population’s attention, the Armenian government disseminates such alleged information and tries to destabilize the situation on the front line again: "As we have stated previously, Azerbaijan remains committed to the ceasefire and only takes measures to prevent enemy provocations.

the Ministry of Defense stated once again, that the frontline operating conditions are fully controlled by the Azerbaijani side and any enemy provocation on the front line will be firmly prevented in the future.

Responsibility for any incidents that may occur on the frontline will fall on the Armenian military and political leadership.