Our martyr was buried - Photo 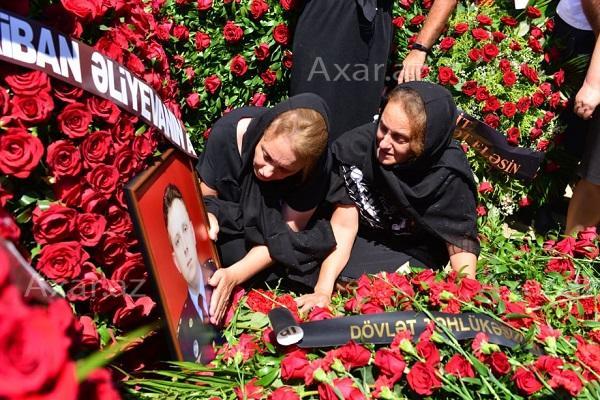 A farewell ceremony is being held at the home of Lt. Col. Rashad Atakishiyev, professional pilot of the Azerbaijani Air Force. The ceremony, which took place on Dadash Bunyadzade Street in Yasamal district, was attended by servicemen, representatives of local executive bodies, and friends of the deceased pilot.

Axar.az informs that, the farewell ceremony with the Lieutenant Colonel Rashad Atakishiyev, the pilot of the Azerbaijani Air Force ended. The funeral from Dadash Bunyadzadeh Street in Yasamal district was taken to the Ministry of Defense Training Training Center for an official farewell ceremony.

At the Ministry of Defense Training Training Center (in the "Salyansk" barracks) an official farewell ceremony with Lieutenant Colonel Rashad Atakishiyev, professional pilot of the Azerbaijani Air Force, ended. The pilot was taken to the 2nd Alley of Honor from the MO Training Training Center to be buried. The journalists were not allowed to attend the official part of the ceremony.

Following the farewell ceremony, Atakishiyev's edition was brought to the Second Alley of Honor. The military pilot is assigned here. The national anthem of Azerbaijan was played and the fire started. Rest in peace!