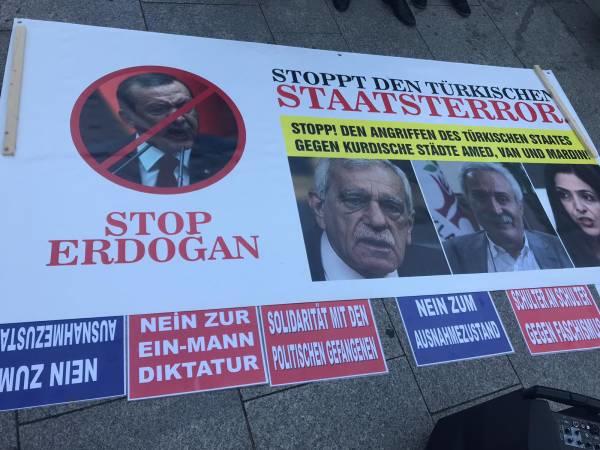 The protest against the Turkish government decision to appoint trustees to three HDP-run municipalities reached its 6th day. Today at 2 pm there will be a march in Düsseldorf.

Axar.az reports citing ANF News that the protest in Cologne was attended by Kurds living in the city as well as activists from Bonn, Düsseldorf, Mala Kurda, Vienna Women's Assembly, AGIF, Alınteri, Aveg-KON, TEV-ÇAND, and HDK.

Former HDP deputy, Ertugrul Kurkçu was also at the action.

The tent action began at 3 pm and turned into a rally three hours later on the fifth day of protest.

TEV-ÇAND members added color to the rally and speeches were made in German.

Since Monday there have been protests in front of the main station (Hauptbahnhof) and on Wednesday activists put up an action tent.