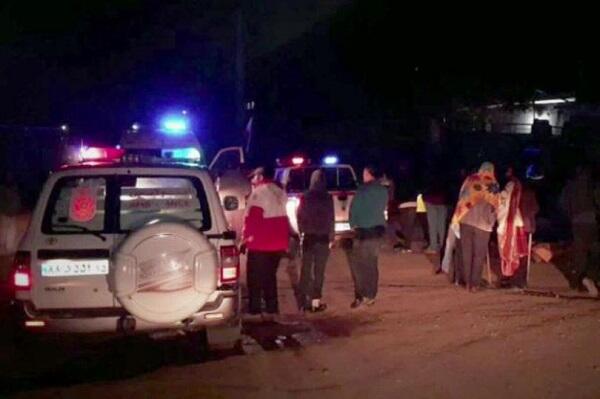 An earthquake measuring 6 magnitudes occurred in the eastern Azerbaijan province of Iran.

Axar.az reports citing the European Mediterranean Seismological Center`s statement that the epicenter was 156 kilometers from Tabriz and a depth of 62 kilometers.

The Republican Seismological Service Center of the National Academy of Sciences of Azerbaijan said that the earthquake occurred at 02:47 local time and the epicenter was located at a depth of 2 kilometers.

The earthquake was felt in Astara, Lankaran, Lerik, Yardimli and Masalli districts of Azerbaijan.

According to Iranian media reports, the quake killed 11 people and injured 320.

The earthquake was felt on this bank of the Araz River as well.

According to the report, after the earthquake was felt 40 aftershocks.