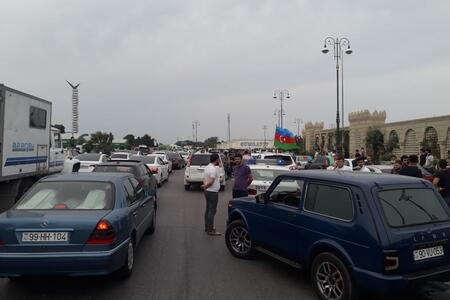 Today, according to Major General Polad Hashimov of the Azerbaijani Army, who was heroically killed while preventing an enemy attack in the direction of Tovuz, there is a crowd at the entrance to Sumgayit.

Axar.az informs that, residents heard that the body of our martyr would be brought to his house in Sumgayit and gathered at the entrance to the city to meet the body of Polad Hashimov.

Police officers serving in the area said that the martyred Major General Polad Hashimov will be buried in the Alley of Honors tomorrow.