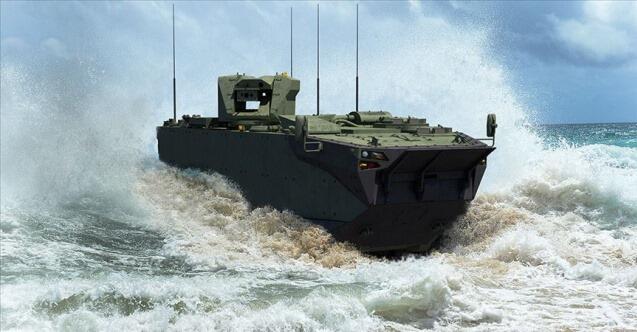 ZAHA armoured amphibious assault vehicle will soon be included in the inventory of the Turkish Navy.

Axar.az reports that the military equipment produced by FNSS can move at a maximum speed of 7 knots at sea and 70 km / h on land. It can easily cross 90 cm vertical obstacles and 2 meter deep ditches.

ZAHA is equipped with a 12.7 mm machine gun and a 40 mm automatic grenade launcher. The equipment is able to quickly accept the distance between the ship and the shore during operation.

At the beginning of the operation, ZAHA descends into the sea from ships approaching the shore and protects the troops with fire support, allowing them to land as soon as possible.