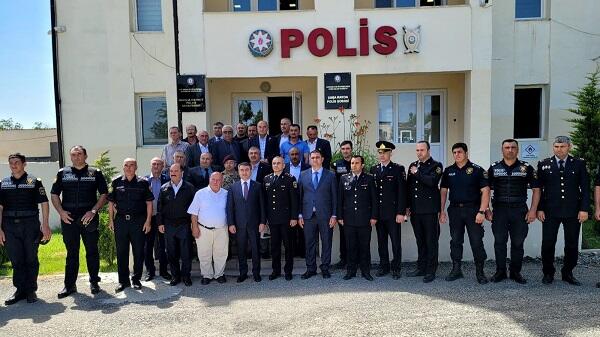 On the occasion of July 2 Police Day, an event was held in Shusha.

Axar.az reports that veteran police officers who worked in the city for some time also participated in the event held at the Shusha District Police Department.

Maftun Abbasov, Chairman of the Management Board of the Shusha City State Reserve Administration, congratulated the event participants on the occasion of the professional holiday and noted that the employees of the internal affairs bodies of Azerbaijan always professionally perform their duties in the field of protecting the legal interests, rights and freedoms of citizens. It was emphasized that under the leadership of Muzaffar Supreme Commander, Mr. Ilham Aliyev, the personnel of the Internal Troops of the Ministry of Internal Affairs showed examples of sacrifice and heroism in the Patriotic War.

Today, they continue their honorable service in the liberated territories with great perseverance and professionalism.