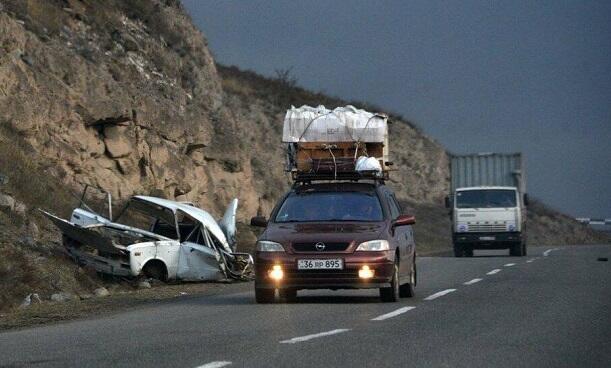 In the Armenian segment of social networks, it was described that Armenians left Lachi.

Axar.az reports that the departure of Armenians from Lachin was shared with the following photos.

According to the allegations, those photos were filmed in the last two-three days in the city of Lachin and the villages of the region where the Russian peacekeepers are currently temporarily stationed.

Here are the photos allegedly taken in Lachin: