EU to Turkey: When you need money, you’ll remember us 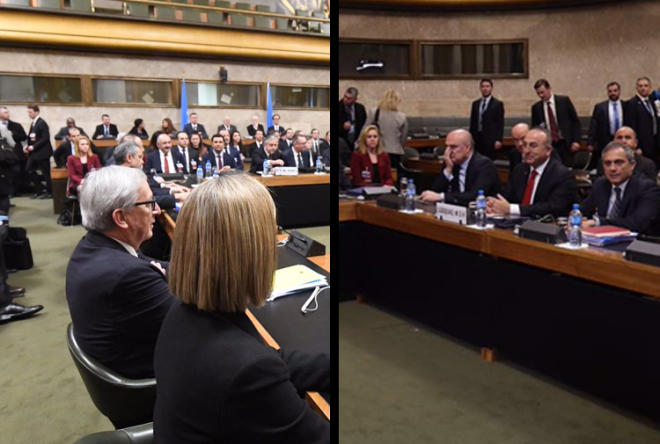 The historic Conference on Cyprus, launched yesterday in Geneva to discuss security and guarantees, ended last night without a deal but with a decision to continue discussions at a technical level next week, before re-convening at a political level again.

Throughout the day, bilateral and multilateral meetings were held continuously on the sidelines of the conference.

During the afternoon session, according to sources, Turkish Foreign Minister Mevlut Cavusoglu and European Commission President Jean-Claude Juncker locked horns at one point.

Cavusoglu was reportedly talking about the EU, how much say it appears to have even though Turkey not a member and the Turkish Cypriots were not part of the bloc, while other member states were leaving the Union, to which everyone laughed.

Juncker reportedly got angry, switched on his microphone and said something along the lines of, “when you need money, you’ll remember us”, then switched off the microphone.

Cavusoglu was incensed, saying this was unacceptable, “you pledged three billion euros for Syria and haven’t even paid us yet,” he reportedly responded.