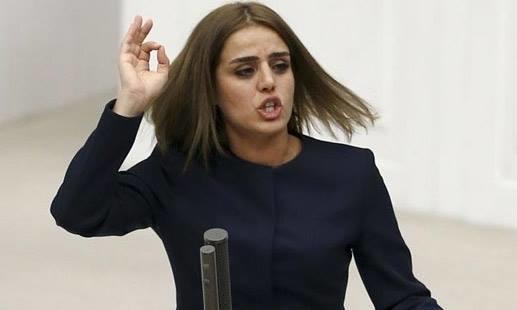 A lawmaker for Turkey's opposition Peoples’ Democratic Party (HDP) was arrested early Friday in Ankara, according to security sources.

The sources, who asked not to be named due to restrictions on talking to the media, said the Ankara Police Department's Anti-Terror Branch arrested Ayse Acar Basaran, the HDP’s Batman deputy, on charges of aiding and abetting a terrorist group.

Last November, 13 HDP lawmakers were arrested, and 10 of them, including HDP Co-Chairs Selahattin Demirtas and Figen Yuksekdag, remain in custody awaiting trial on terrorism-related charges.

The government has accused the HDP of having links to the PKK, which is listed as a terrorist organization by Turkey, the U.S., and the EU.