Trump can get Nobel prize by settling Karabakh issue 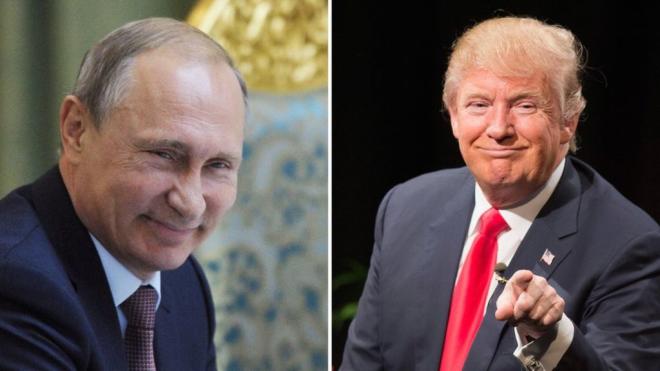 "History will judge whether former President Obama deserved the Nobel Peace Prize he was awarded shortly after being elected the 44th president of the United States. President Trump has the historic opportunity to truly earn this prestigious award by using his self-proclaimed mastery of deal-making to resolve one of the world’s intractable conflicts of the former Soviet Union; namely, the “frozen conflict” between Azerbaijan and Armenia over the territory of Nagorno-Karabakh. In 1991, full-scale war broke out between Armenia and Azerbaijan and despite a cease-fire in 1994, border skirmishes and fighting has continued. Over one million people have been displaced as a result of the conflict and today close to 20 percent of Azerbaijan’s territory is occupied by Armenian forces.

The United States, along with Russia and France, is the co-chair of the Minsk Group tasked with resolving this conflict. Russia has not only sabotaged numerous attempts at resolution of the conflict but has provided military support to Armenia thus prolonging the conflict. And sadly, Washington has been too busy with distractions in the Middle East to take a lead role in establishing a lasting peace between Yerevan and Baku. And yet, both Armenia and Azerbaijan deserve a permanent peace. Mr. Trump can deliver this dream of a new beginning to the people of Armenia and Azerbaijan by leading a robust diplomatic initiative resulting in a permanent solution that is fair to both sides. Mr. Trump’s success would signal to the world that America is back in the business of policing the world to maintain global stability.

It is important to note that within the broader Middle East, Mr. Trump will not find a more reliable and trusted partner than Azerbaijan President Ilham Aliyev. In fact, during his recent visit to Baku, Israeli Prime Minister Benjamin Netanyahu singled out Azerbaijan as one of the very few Muslim countries in the world that deserves Washington’s immediate and unequivocal attention.

The challenge for Mr. Trump is to persuade Mr. Putin to accept the following outline of a peace agreement.

First, the immediate and unconditional withdrawal of all Armenian forces from territories occupied within Azerbaijan. Second and in exchange for this withdrawal, Azerbaijan agrees to build an extension to its gas export pipeline to Europe through Armenia. Third, getting both sides to agree to the highest level of autonomy for the region of Nagorno-Karabakh: short of independence, Armenians within Nagorno-Karabakh would enjoy full autonomy. U.S., French and Russian troops would be deployed to Nagorno-Karabakh as peacekeepers, the cost of which would be paid by cash-rich Azerbaijan. Fourth, the creation of an Armenia-Azerbaijan Reconciliation and Reconstruction Fund that would invest in infrastructure projects between the two countries such a bullet train from Baku via Armenia to Nakhchivan. And finally, the creation of a U.S.-Franco-Russian partnership to build a safe and reliable nuclear plant in Armenia that would replace the old Soviet-era Metsamor nuclear plant. The European Union has expressed serious concerns over the safety of Metsamor.

Mr. Aliyev is riding a wave of popular support domestically and can deliver on a peace that is fair to both sides. The key is Armenia and Mr. Trump’s ability to persuade Mr. Putin to get Armenian President Sargsyan to agree to a permanent peace settlement. In view of Armenia’s tragic past, both Russia and the U.S. must make it clear to the people of Armenia that they will never turn their back on Yerevan. By presenting a clear, concise and fully funded post-conflict economic reconstruction package, Mr. Trump can show a road-map to Mr. Putin that peace between Azerbaijan and Armenia is in everyone’s best interest.

Another Nobel prize recipient and Holocaust survivor Elie Weisel once said that “peace is not God’s gift to his creatures; peace is our gift to each other.” By once again acting like the leader of the free world, Mr. Trump can give the gift of peace to Armenia and Azerbaijan, and earn a well-deserved Nobel Peace Prize along the way".

S. Rob Sobhani, is the CEO of Caspian Group Holdings.