US ambassador: Sanctions will remain in place 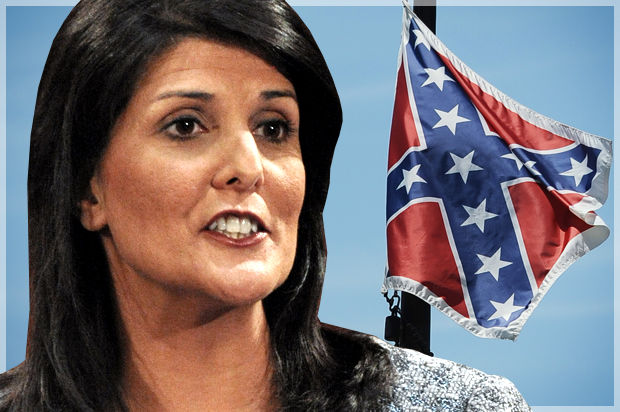 Donald Trump's pick for U.S. Ambassador to the United Nations, Nikki Haley, took a decisively scolding tone against Russia on Thursday, saying sanctions would remain in place until Crimea was returned to Ukraine. At first blush, Haley's comments appear largely counter to that of the White House, which has signaled a détente with Moscow. But Russia-watchers, and investors in particular, should note that Haley was quite specific in her wording . In other words, she was not commenting on sanctions against Russian banks and energy companies that Wall Street has been watching.

"Crimea is part of Ukraine," she said of the southeastern peninsula Russia took over in March 2014. "Our Crimea-related sanctions remain in place until Russia returns control over the peninsula to Ukraine."

Russia essentially has had three sets of sanctions put on it since Crimea became part of Russia. The first sanctions were put in place by the Obama's Treasury Department. They targeted individuals from Ukraine and Russia who were part of the secession vote and annexation, as well as sanctions on some Russian businesses and banks. Later, in the summer of 2014, both the U.S. and European Commission targeted all the major Russian banks and oil and gas companies in sectoral sanctions. Lastly, just before Obama left office he slapped Russian individuals and some cyber security firms with sanctions due to Russia's supposed involvement in hacking the emails of Hillary Clinton and her campaign manager John Podesta.

The U.S. government made changes to Obama's recent cyber sanctions on Thursday. President Trump can do the same with the sectoral sanctions, but Haley's comments from yesterday suggest that the smaller Crimea sanctions are not part of the discussion.

U.S. sectoral sanctions on Russia are due to expire in December.

"Haley's comments did not pertain to the major sanctions everyone wants removed," says Joseph Dayan, head of markets at BCS Global Markets in London. "She was very clear about that."

Sectoral sanctions impact Russia's most powerful companies and some of its most powerful oligarchs, from Sberbank to Rosneft, run by Vladimir Putin's close associate, Igor Sechin, a man known locally as "Darth Vader". Removal of those sanctions would likely imply that Russia removes counter-sanctions on European agribusiness.

Sanctions are dependent on a Russian-Ukraine peace deal signed last year in Minsk, Belarus. Judging be recent fighting in eastern Ukraine, it appears this peace deal is not working for either side.

The Minsk Agreement requires a cease-fire in eastern Ukraine regions close to the Russian border. Areas like Donetsk and Luhansk have become hotbeds of resistance against the Ukrainian government in Kiev. Many of the fighters are ethnic Russians. They enjoy the full support of the Russian government, including militarily, which is something Putin first denied.

At this point, Donetsk considers itself an autonomous republic. Rubles are used more than the hryvnia. The Minsk agreement also requires voting for new leaders there; but Kiev is worried that voters will push for greater autonomy. Crimea was once an autonomous zone of Ukraine and it is now in the hands of the Russians. Greater autonomy may not be in the interest of the Ukrainian central government. This tug of war is likely to keep Minsk a difficult sell.

Despite all this, Trump could still remove sanctions regardless of full adherence to the Minsk deal.

The president also has friends in Ukraine. Oligarch Viktor Pinchuk invited Trump to speak at his Yalta European Strategy conference in Kiev two years ago. Pinchuk recently wrote an op-ed in the WSJ where he said Ukraine's government should not use Crimea as a bargaining chip and may even be wise to let it go, an unpopular opinion in Ukraine. He later retracted those comments and said Crimea belongs in Ukraine.

"Regardless of your personal views of the president, Trump is a god send for Russia investors," says Dayan. "His winning was definitely not priced in and the implications of a Trump White House on Russia are pretty straight forward. The Trump story is good for sectoral sanctions. Broadly speaking, the market is not getting this one wrong."