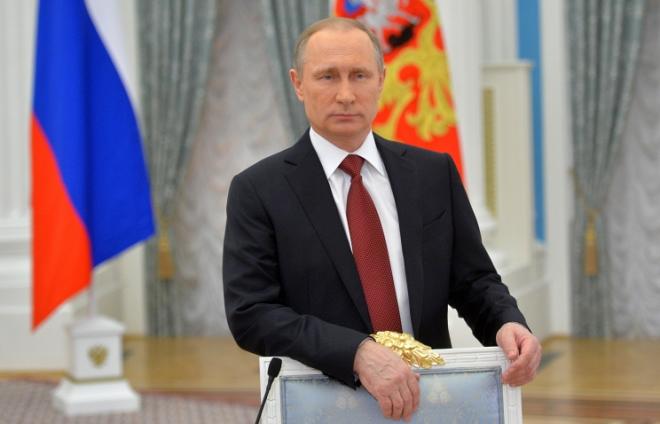 Russian President Vladimir Putin congratulated Foreign Ministry employees on their professional holiday, the Diplomatic Workers` Day, stressing that the foreign policy should be focused on the fight against terrorism and extremism.

Russia celebrates the Diplomatic Workers` Day on February 10 in accordance with a presidential decree signed on October 31, 2002.

"The diplomatic service of Russia can be proud of its achievements. However, the challenges that our country faces are not becoming more simple. The focus should definitely be on the fight against terrorism and extremism. It is impossible to eradicate these threats without joint efforts of all states," Putin said in a statement published on the Kremlin website.

The president called on the diplomats to further strengthen peace, stability and security. He stressed that still many things should be done for a "settlement of global conflicts near Russia's borders and in other parts of the world."

Putin thanked the families of Russian diplomats for their support and expressed hope that the Foreign Ministry would continue to work with full dedication to protect the interests of Russia and its citizens and effectively address existing challenges.