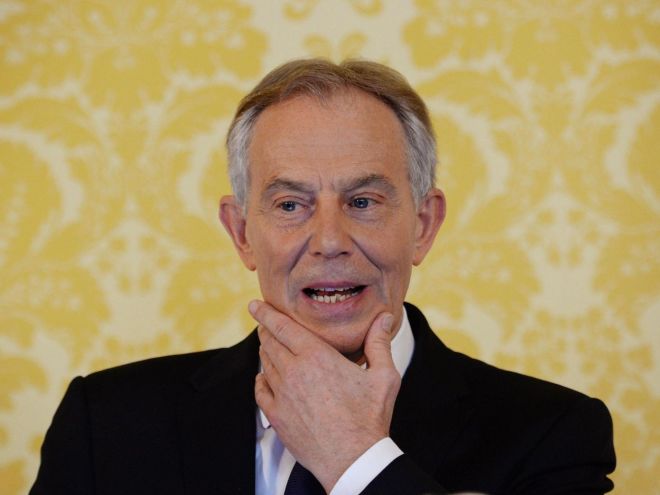 Tony Blair will today make a major speech accusing Theresa May’s Government of hurtling towards “Brexit at any cost” regardless of the damage it could do to British people.

The former Labour Prime Minister will set his sights on what he calls Ms May’s “rush over the cliff’s edge”, as she and cabinet Eurosceptics attempt to force Brexit’s launch through Parliament at breakneck speed.

Demanding the British people have a “right to change their mind”, Mr Blair will call on the 48 per cent who opposed leaving to take a stand, telling them directly: “This is not the time for retreat, indifference or despair, but the time to rise up in defence of what we believe.”

As he speaks, Ms May will be preparing for tough talks with French Prime Minister Bernard Cazeneuve, whose country’s senate has published a report concluding Britain must not be better off outside the EU after Brexit.

Mr Blair’s address in London, organised by the Open Britain campaign group, comes just days before the House of Lords starts debating legislation which, if approved, gives Ms May the right to officially begin the two-year countdown to Brexit.

Despite heralding in one of the biggest constitutional changes in British history, ministers want the bill passed unamended in a fraction of the time it normally takes to legislate.

Mr Blair will say: “This is a Government for Brexit, of Brexit and dominated by Brexit. It is a mono-purpose political entity.

“Those driving this always wanted a hard Brexit. Indeed, even the term ‘hard Brexit’ requires amendment. The policy is now ‘Brexit at any cost’.”

Mr Blair, who led Labour to three general election victories, will argue that in the 23 June referendum the British people voted without knowledge of the true terms of Brexit and that as these become clear, “it is their right to change their mind”.

Having previously argued that a second referendum or election may be needed to determine the country’s future, he will say: “Our challenge is to expose relentlessly the actual cost, to show how [the referendum] decision was based on imperfect knowledge which will now become informed knowledge, to calculate in ‘easy-to-understand’ ways how proceeding will cause real damage to the country and its citizens and to build support for finding a way out from the present rush over the cliff’s edge.

“I don’t know if we can succeed. But I do know we will suffer a rancorous verdict from future generations if we do not try.”