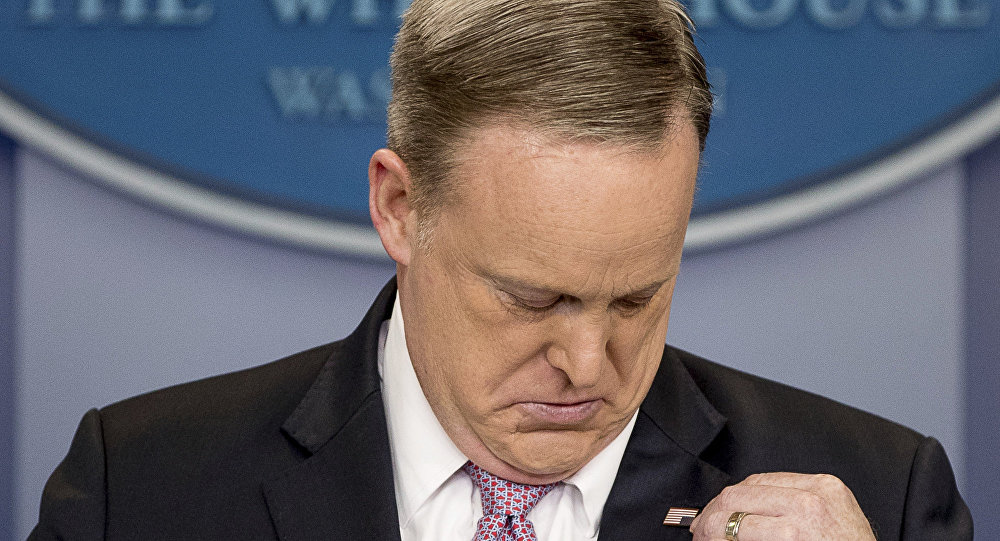 It was not ‘alternative facts’ that had eyebrows raised at White House Press Secretary Sean Spicer on Friday, but rather his upside down American flag lapel pin.

"The flag should never be displayed with the union down, except as a signal of dire distress in instances of extreme danger to life or property," according to the Cornell Univeristy school, and one reporter asked if Spicer was "under a distress call or something."​

​Popular Netflix show “House of Cards” took the faux pas as an ode to their logo.