Tillerson: I did not want this job 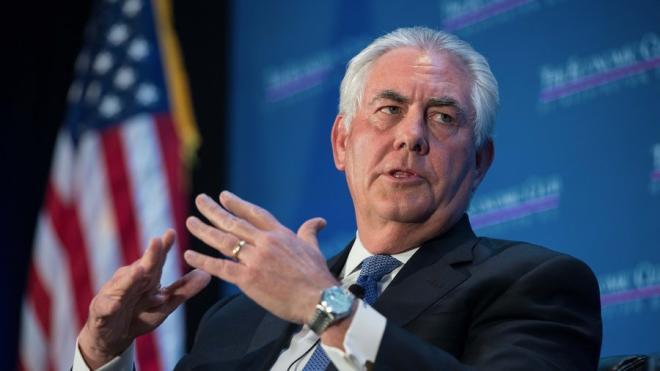 Rex Tillerson has said he did not want the position of Secretary of State when first offered, but his wife persuaded him.

Tillerson, former CEO of ExxonMobil, said his first meeting with Donald Trump was after the Republican presidential candidate became President-elect.

Tillerson thought the meeting was about his experience as an executive and a discussion of the global issues he had to deal with in that capacity, but the reality was different.

"When he asked me at the end of that conversation to be secretary of state, I was stunned," Tillerson said.

It was, however, his wife who helped the Texan executive to accept his new job in the Trump administration.

His wife shook her finger in his face and said "I told you God’s not through with you", Tillerson said.

"My wife convinced me. She was right. I’m supposed to do this," he added

The state secretary said he had planned to retire this month from ExxonMobil. "I was going to go to the ranch to be with my grandkids," he said.

Rex Tillerson led ExxonMobil from the beginning of 2006 to January 2017, during which time the company operated in various parts of the world, from Latin America to Russia.

He criticized the sanctions against Russia in 2014 and 2015 when ExxonMobil was exploring oil and natural gas in the Arctic with Russian energy giant Rosneft, and had billions invested in the project.