US calls for release of detained participants of rallies 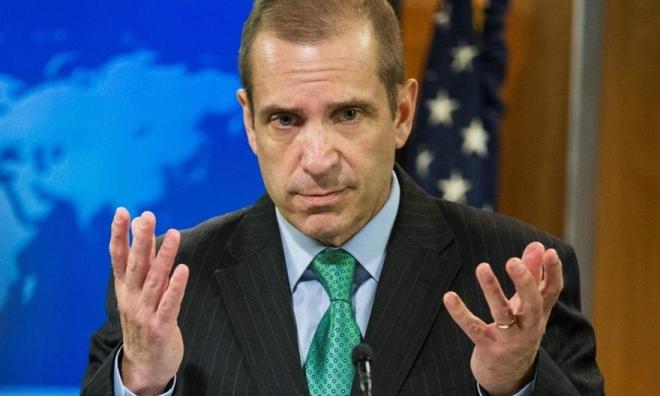 The United States has condemned the detention of participants in the unsanctioned protests in some Russian cities and reporters urging the authorities to release them, Mark Toner, Acting US State Department Spokesman.

"The United States strongly condemns the detention of hundreds of peaceful protesters throughout Russia on Sunday," he noted. "Detaining peaceful protesters, human rights observers and journalists is an affront to core democratic values."

"We were troubled to hear of the arrest of opposition figure Alexei Navalny upon arrival at the demonstration, as well as the police raids on the anti-corruption organization he heads," Toner added.

"The United States will monitor this situation, and we call on the government of Russia to immediately release all peaceful protesters," he said.
Unauthorized rallies were earlier held in some Russian cities, including Moscow and St. Petersburg. Their organizers said those were "anti-corruption" protests. According to the Russian Interior Ministry, about 500 were detained in the Russian capital.

Meanwhile, the prosecutor’s office warned the organizers about the inadmissibility of violating law. For its part, the police asked people to refrain from taking part in unauthorized rallies, as they are illegal, and the risk of provocative actions aimed at violating public order increases under the circumstances.