Russia, US at odds over UNSC debate on human rights 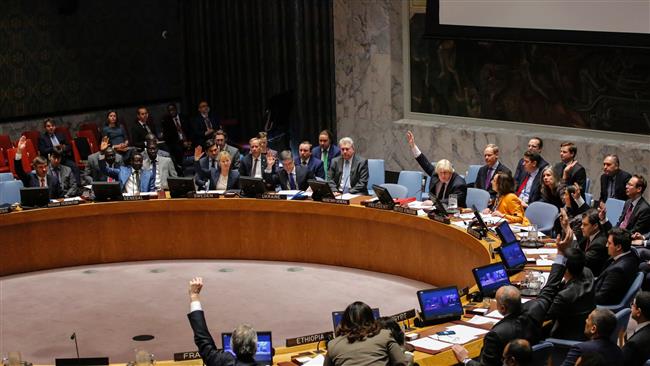 Russia has opposed a US bid to hold a UN Security Council (UNSC) meeting on human rights as a major cause of global conflicts later this month during the American presidency of the 15-nation body.

The Russian diplomat argued that “just a general statement that international peace and security are threatened by human rights violations is not true.”

He further argued that other UN bodies, including the General Assembly and the UNHRC already deal with human rights.

“Why are we taking everything to the Security Council?,” he asked. “Then those bodies should be dismantled.”
US Ambassador Nikki Haley, whose country holds the council’s rotating presidency this month, later insisted that Washington “fully expects” to hold the debate on April 18.

“If you look at the conflicts we have in the world, they always go back to the human rights issues on the ground within those countries,” Haley said.

“It will be a broad debate, not intended to single out any countries, but more just to talk about the topic and how that relates to conflict and if there are things that we can be doing going forward,” Haley further told UN member states on Monday.

Washington has accused the UN’s Geneva-based Human Rights Council (UNHRC) of being biased against the Israeli regime. The US ambassador also questioned whether the body served any value “except for this that sit on it that protect themselves.”

The development came a day after the administration of US President Donald Trumo hinted that it would not publicly criticize Egypt’s human rights record during President Abdel-Fattah el-Sisi’s Monday visit to the White House.

Meanwhile, UN diplomatic sources said China has also expressed reservations over the debate, which would be the centerpiece of the US council presidency, along with a meeting on peacekeeping to be held Thursday and another one on North Korea on April 28.

When asked about the proposed meeting, China’s Permanent UN Representative Liu Jieyi said, “We are trying to work that out.”

Iliichev has also said Moscow would call for a rare procedural vote to block the move should the US fail to reach an agreement with Russia and China and presses ahead with the meeting.

A procedural vote needs nine votes for passage, and vetoes cannot be cast by Permanent council members -- Russia, China, the US, France or Britain.

Washington has threatened to quit the UNHRC, while Haley stated on Thursday that her team was reviewing what the body had done well and “everything that they've done that’s just absurd.”

“If we don’t see changes, then yes we’ll pull out. But I think they deserve to know what we expect of them,” she added.