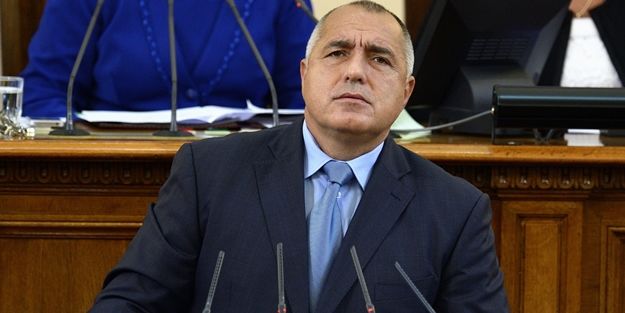 The winner of Bulgaria's parliamentary election, the center-right GERB party, named ministers on Wednesday for a coalition government that will see its leader Boiko Borisov return as prime minister for the third time since 2009.

The pro-market and pro-EU GERB, which won a snap election in March but failed to secure an outright majority, has teamed up with United Patriots (UP), an alliance of three nationalist parties, for a four-year term in office.

GERB named Vladislav Goranov as finance minister, a post he held in Borisov's last government, and the party will also keep control of infrastructure, energy and foreign policy.

The nationalists, who will hold office for the first time in the Balkan country, secured two deputy prime minister posts and control over the defense, economy and environment ministries.

The new government, which is expected to win a vote of confidence in parliament on Thursday, will respect Sofia's commitments to the European Union and NATO and will work to boost incomes in the EU's poorest member state.

One of its key challenges will be to make a success of its six-month presidency of the European Council from January next year, when the bloc will be enmeshed in debates about its future and negotiating the terms of Britain's exit.

The UP, which used strongly anti-migrant and anti-Turkish rhetoric during the election campaign, has significantly toned down its language in a move expected to ease concerns in the EU, which is facing a surge in support for right-wing populism.

At home, analysts expect the new government to maintain political and fiscal stability, but have expressed doubts that it will push ahead with meaningful reforms to tackle corruption and overhaul Bulgaria's judiciary.

GERB and UP have agreed to raise the minimum state pension, committed to boost economic growth, to double teachers' salaries and to increase the average monthly wage by 50 percent during the four-year parliament.

The coalition, which has only a one-seat majority in parliament but is also supported by the populist Will party, is expected to maintain income and corporate taxes, among the lowest in the EU, unchanged at 10 percent, and to keep the lev currency pegged to the euro until Bulgaria joins the euro zone.