Le Pen and Macron to face off in France 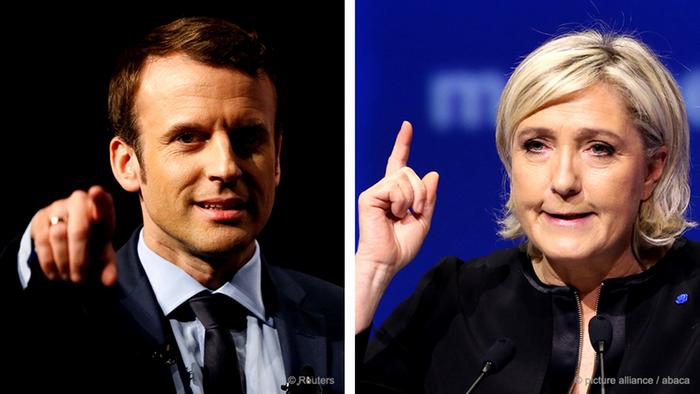 The two contenders for the French presidency go head to head on Wednesday in a TV debate seen as the climax of a long and bitter campaign.

Axar.az reports citing to BBC The aim for centrist Emmanuel Macron and his far-right rival Marine Le Pen is to win the votes of large numbers of undecided or reluctant voters.

While Mr Macron is well ahead in the polls, his lead has narrowed and an estimated 18% of voters are undecided.

For the first time, neither candidate is from a mainstream French party.
Although Marine Le Pen's father qualified in 2002 for the run-off as head of her party, the National Front (FN), his rival and eventual winner, Jacques Chirac, refused to take part in a debate because of the FN leader's extremist views.

Both candidates have limited their campaigning in recent days in preparation for the debate, set for 21:00 (19:00 GMT) on Wednesday and due to last two hours 20 minutes.