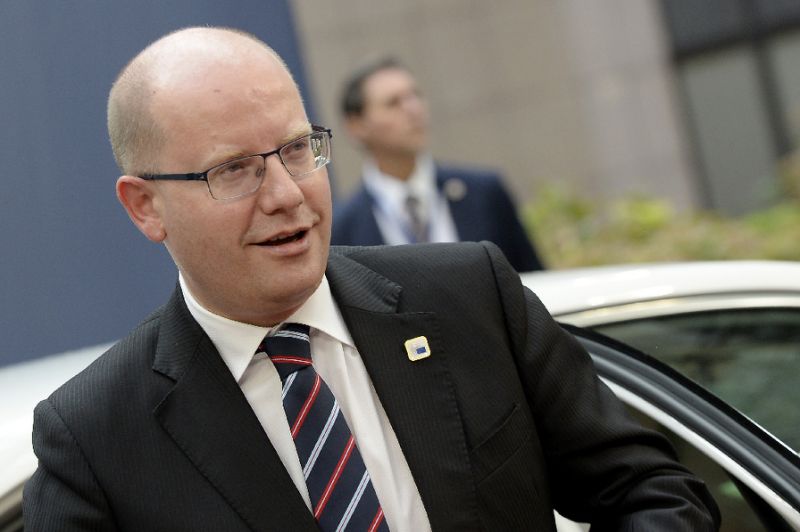 Czech Prime Minister Bohuslav Sobotka withdrew his planned resignation on Friday, and called instead for the dismissal of his finance minister, a popular political rival whom he suspects of fraud.

"I will not present my resignation. I will soon ask the president of the republic to recall the finance minister," Sobotka told reporters in Prague.

Sobotka, the head of the CSSD Social Democrats, backtracked after President Milos Zeman made it clear he would opt to only replace him as prime minister and leave intact the rest of the government including Babis.

According to most constitutional experts, the resignation of a prime minister automatically entails his entire government, but a different interpretation of the constitution could allow Zeman to press ahead with his plan.

"I hope that the president will respect received constitutional practice," Sobotka added.

Babis told reporters "the prime minister has changed his mind for the fourth time in a few hours, I don’t get it".

Ranked by Forbes as the Czech Republic's second most wealthy citizen, Babis ran the sprawling Agrofert conglomerate before putting his assets into a trust earlier this year to ward off conflict of interest allegations.

Czech politics were plunged into crisis on Tuesday when Sobotka, 45, said he would quit amid the row with Babis over alleged financial fraud, something that the tycoon has flatly denied.

Zeman waded into the crisis on Thursday saying he would likely tap either the foreign or interior minister -- both members of Sobotka's CSSD -- to replace him as prime minister, making it clear Babis could remain finance minister.

The head of the centrist ANO party, the 62-year-old Babis is tipped to win elections scheduled for October 20-21.

Sobotka cast doubt on the way Babis had raised money to buy tax-free bonds for Agrofert and insisted that as a finance minister fighting tax evasion, Babis should not benefit from tax loopholes.

Babis is the Czech Republic's most popular politician, with a 56 percent approval rating according to an April CVVM poll, compared with 39 percent for Sobotka, in sixth place.

Sobotka has been in office since 2014, with his CSSD Social Democrats sharing power in a coalition government with the ANO and the smaller centre-right KDU-CSL Christian Democrats.