Erdogan and May held a phone talk 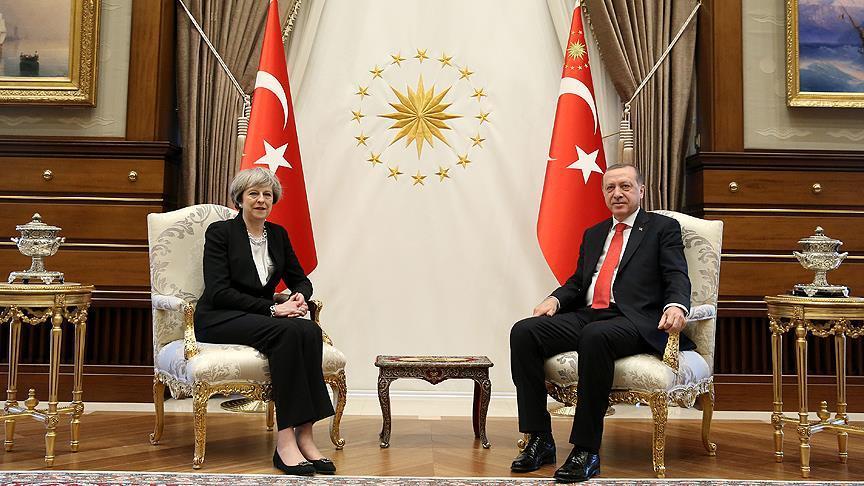 The leaders discussed the Syria peace efforts and the Cyprus unification process, as well as EU matters and bilateral ties, said the sources, who spoke on the condition of anonymity due to restrictions on talking to media.

Erdogan and May emphasized the importance of moving bilateral relations further in each area, the sources added.

A Downing Street statement said Prime Minister May spoke to Erdogan "to express her wish to deepen co-operation on a range of issues", underlining "the importance of our strong security partnership".

May welcomed Turkey's "constructive role in helping to establish de-escalation zones" through the Astana talks.

The two leaders "reaffirmed their desire to explore the opportunities presented by Brexit", the statement added, with a particular nod on cooperation for Turkey's domestic fighter jet project.

May and Erdogan will meet at the NATO summit in Brussels later this month.