NATO states unlikely to call for presence on border 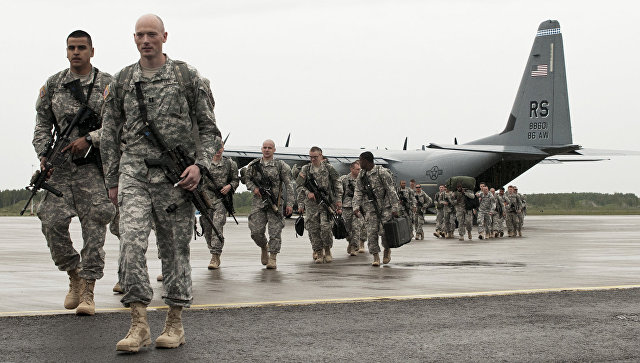 NATO Secretary General Jens Stoltenberg said Wednesday he was not expecting alliance members to ask for the increased presence on the borders with Russia at the upcoming summit in Brussels.

The NATO summit is scheduled to take place in Brussels on Thursday.

"I don't expect any requests for any additional measures," Stoltenberg said at a press conference when asked if any new proposals on strengthening the defense NATO's eastern borders be discussed at the upcoming summit.

Stoltenberg said that the issue of the NATO's eastern flank would be addressed at the summit, mostly to recognize that the alliance had been successful in reinforcing the region's capabilities in a relatively short period of time.

Following the outbreak of the Ukrainian crisis in 2014, NATO has been boosting its military presence in Europe, particularly in Eastern European states, citing Russia's alleged interference in the conflict as justification for the move. A decision of the alliance to deploy four multinational battalions to Estonia, Latvia, Lithuania and Poland was announced by the Alliance's secretary general after the NATO summit in July 2016.

Moscow has repeatedly warned that amassing troops and military equipment close to its borders is provocative and can lead to regional and global destabilization.