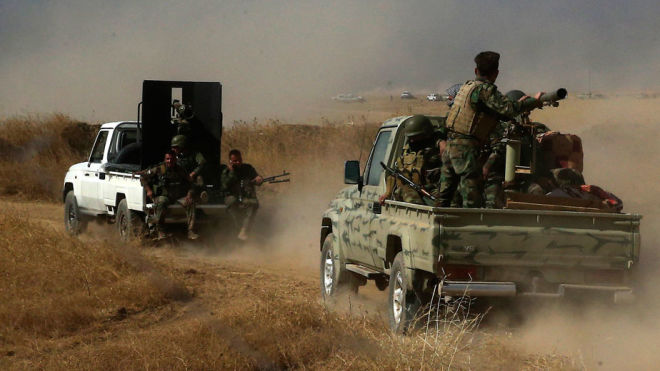 Iraq's interior minister on Wednesday ordered an investigation into allegations that members of the security forces had tortured, killed and abused civilians in the campaign to oust Islamic State militants from Mosul.

The inquiry was in response to a report by the German newsmagazine Der Spiegel last week that included images of apparent torture taken by a freelance photographer embedded with the Interior Ministry's elite Emergency Response Division (ERD).

Photographs showed detainees accused of affiliation with Islamic State hanging from the ceiling with their arms bent behind them, and the journalist wrote of prisoners being tortured to death, raped and stabbed with knives.

"The Interior Minister ordered investigators to conduct a clear and fair inquiry...(and) to take legal measures against those who are negligent if the investigation proves so," a ministry statement said on Wednesday.

The ERD is one of several government security forces backed by a U.S.-led coalition that have dislodged Islamic State from all but a pocket of territory in the western half of Mosul in seven months of fighting.

"Individuals or units failing to uphold that standard (of human rights) do a disservice to their sacrifice and must be investigated & held accountable," Brett McGurk, Washington's envoy to the U.S.-led coalition, said on Twitter, alluding to the Spiegel report.

In a statement, the ERD accused Der Spiegel of publishing a report based on "fabricated and unreal images".

The photographer said he had initially intended to document the heroism of Iraqi forces fighting Islamic State but that a darker side of the war had gradually been revealed to him.

The soldiers with whom he was embedded allowed him to witness and photograph the alleged torture scenes, he said. He has now fled Iraq with his family, fearing for his safety.