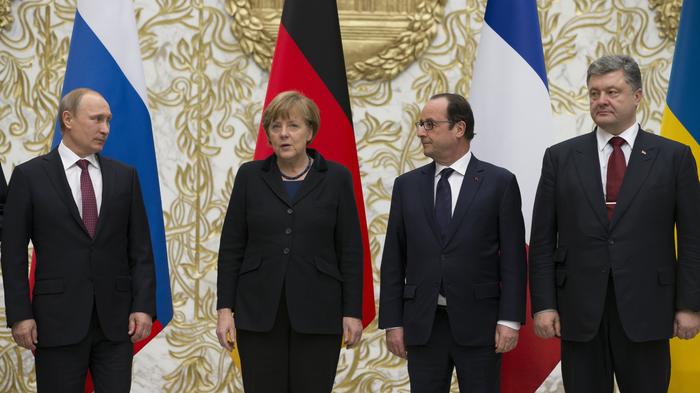 German Foreign Ministry spokesman Martin Schaefer stated that a working meeting in the Normandy format on Ukraine will be held in Berlin on May 30.

Berlin has confirmed the holding of a working meeting in the Normandy format on Ukraine in Berlin on May 30 at the level of deputy foreign ministers and political directors, German Foreign Ministry spokesman Martin Schaefer said at a briefing on Monday.

"We continue intensive cooperation in the Minsk process and in the Normandy format for the peaceful resolution of the conflict in the east of Ukraine. So tomorrow we invited to the meeting in Berlin Normandy format deputy foreign ministers [Russia, Germany, France, Ukraine]," Schaefer said.