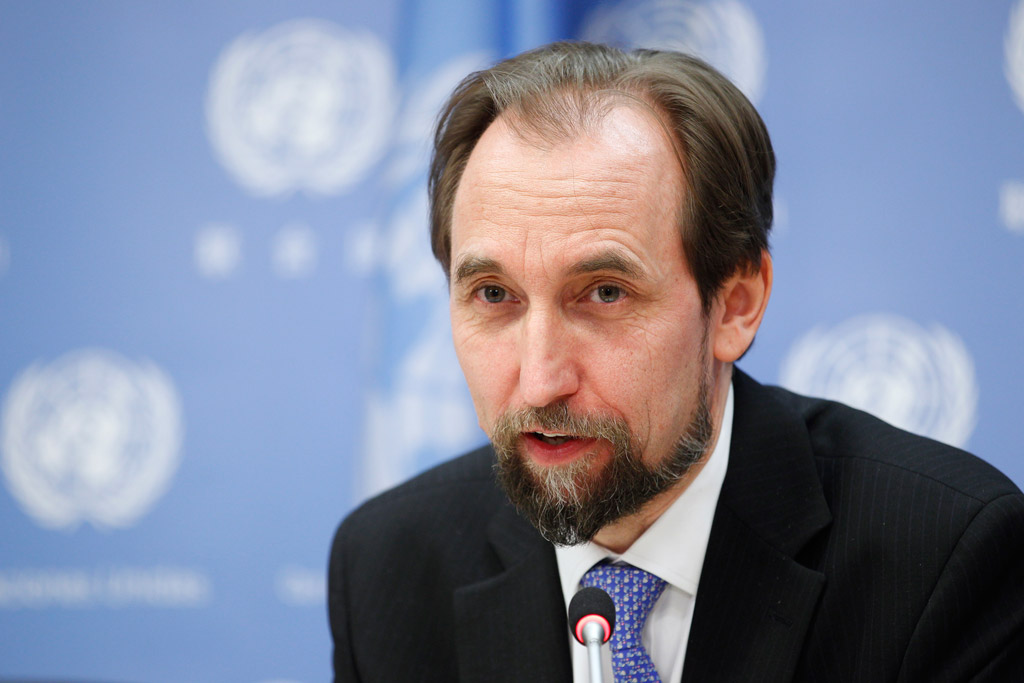 The top United Nations human rights official has criticized Britain's Prime Minister Theresa May for her election campaign remarks suggesting that laws could be overturned if they stymied the fight against terrorism.

"Whatever the intention behind her remarks, they were highly regrettable, a gift from a major Western leader to every authoritarian figure around the world who shamelessly violates human rights under the pretext of fighting terrorism," Zeid Ra'ad al-Hussein said in a speech delivered on Monday night in London.

Zeid also said that U.S. President Donald Trump and Philippines President Rodrigo Duterte were "breaking long-held taboos" in their respective support for torture and extra-judicial killings. "The dangers to the entire system of international law are therefore very real," he said.