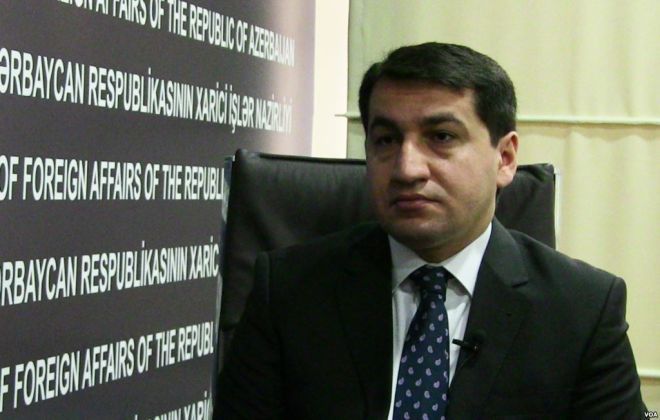 Armenia is seriously concerned by the OSCE Minsk Group co-chairs holding the substantive and intensive negotiations following the meeting of the Azerbaijani and Armenian presidents in Geneva on October 16, Hikmat Hajiyev, spokesman for the Azerbaijani Foreign Ministry, told Axar.az.

Hajiyev was commenting on the statement Armenian Foreign Minister Edward Nalbandian made during at joint press conference with his Russian counterpart Sergey Lavrov.

“Always imitating the negotiations and attempting to divert the attention from the main target by means of technical and secondary issues, Edward Nalbandian has chosen to resort to a variety of pretexts and lies,” noted the spokesman.