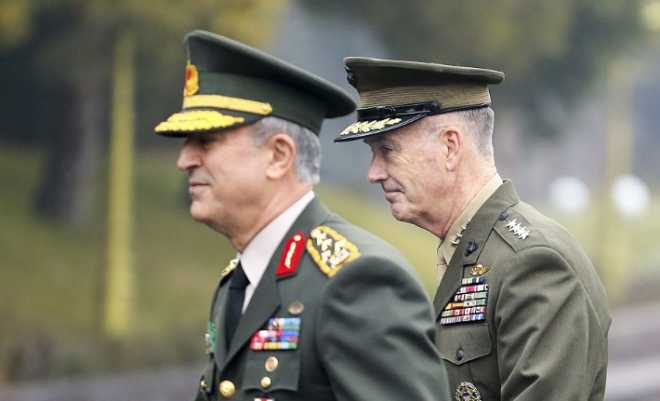 Gen. Joseph Dunford, chairman of the U.S. Joint Chiefs of Staff, spoke with his Turkish counterpart Gen. Hulusi Akar over the phone early Saturday, according to the Pentagon.

“The U.S. and Turkey enjoy a strong military-to-military relationship as key members of the NATO alliance,” he added.