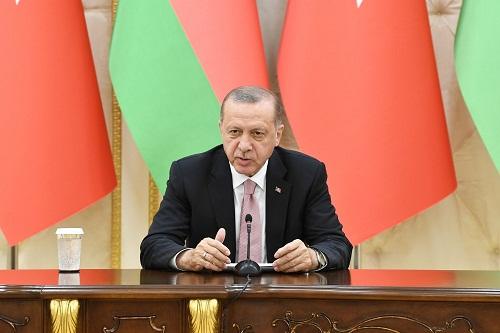 The OSCE Minsk Group must focus on the settlement of the Armenia-Azerbaijan Nagorno-Karabakh conflict, the Turkish media cited President Recep Tayyip Erdogan as saying Sept. 17.

“The delaying of the settlement of the conflict testifies again to passivity of the OSCE Minsk Group,” the president said.

President Erdogan also stressed that the OSCE Minsk Group has not yet taken effective steps to resolve this conflict.