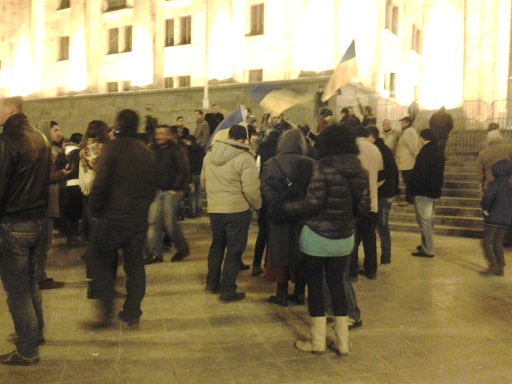 Thousands of Georgians protested in the capital Tbilisi on Sunday against the result of the country’s presidential election, as defeated candidate Grigol Vashadze said opposition parties would challenge the outcome in court.

Vashadze has described the election as a “criminal farce” and has called for snap parliamentary elections after the central election commission said on Thursday that Salome Zurabishvili, who was backed by the ruling Georgian Dream party, had secured 59.5 percent of the vote. Vashadze had 40.5 percent, it said.

“We don’t recognize illegitimate results of this rigged election and demand an early parliamentary election to be called in the country,” Vashadze told thousands of supporters at Sunday’s rally in Tbilisi.

Zurabishvili is set to become the country’s first female head of state, although the role is largely ceremonial.

Vashadze said the opposition planned to challenge the election results in court and would offer to work with the government to make changes to the electoral code, followed by snap parliamentary elections.