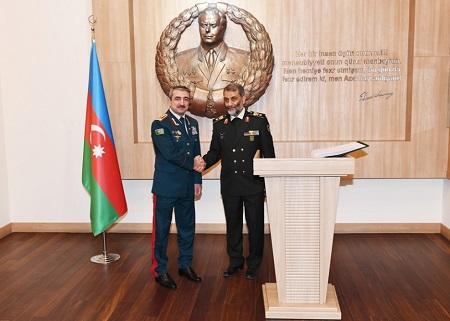 Prior to the meeting, Iranian Border Guard Commander, Qasem Rezaee visited the Alley of Honors to commemorate national leader Heydar Aliyev, the architect and founder of the independent Azerbaijan, world-renowned politician and national leader of the Azerbaijani people.

Elchin Guliyev spoke of the Nagorno-Karabakh conflict, emphasizing the occupation of 20 percent of Azerbaijani lands and part of the state border as a result of Armenian aggression.