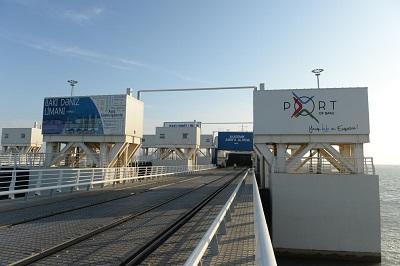 Colombia can use Alat Free Economic Zone (FEZ) in Baku, Azerbaijan as a hub for exporting its goods to Central Asia, Hamid Zeynalov, charge d'affaires of the Azerbaijani embassy in Colombia.

"Colombia considers Azerbaijan as a hub. The country is interested in delivering its products to Azerbaijan and to Central Asia, as well as to Iran through Azerbaijan, that’s to say, through the Alat FEZ. Colombia, for its part, can also serve as a hub for exporting Azerbaijani goods to Latin American countries," he said.

Zeynalov pointed out that there are a lot of goods that can be exported from Azerbaijan to Colombia and vice-versa.

The diplomat noted that if the two countries manage to increase the volume of trade turnover, they can launch cargo transportation in the future.

""In general, Colombia shows great interest in the development of economic relations with Azerbaijan. The new government of Colombia is interested in cooperating in the region namely with Azerbaijan," said Zeynalov.

The Free Economic Zone (FEZ) is being created in the Alat township on the basis of the presidential decree signed in March 2016. The territory of the new Baku International Sea Trade Port is also included in this zone.