Time frame for 1st meeting of the Caspian group announced 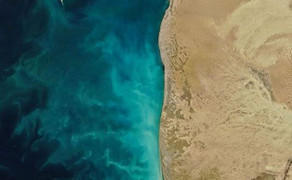 The first meeting of the working group for implementation of the Convention on the Legal Status of the Caspian Sea is scheduled to be held in February in Baku, Spokeswoman of the Foreign Ministry of Azerbaijan Leyla Abdullayeva told.

"The first meeting of the working group is scheduled for February. The exact date of the meeting will be announced this week," she said.

On Aug. 12, the heads of five Caspian states signed the Convention on the Legal Status of the Caspian Sea at the 5th Summit of the Heads of Caspian States in Aktau. The Convention is a historic document for the region, the work on which has been carried out for two decades since 1996.