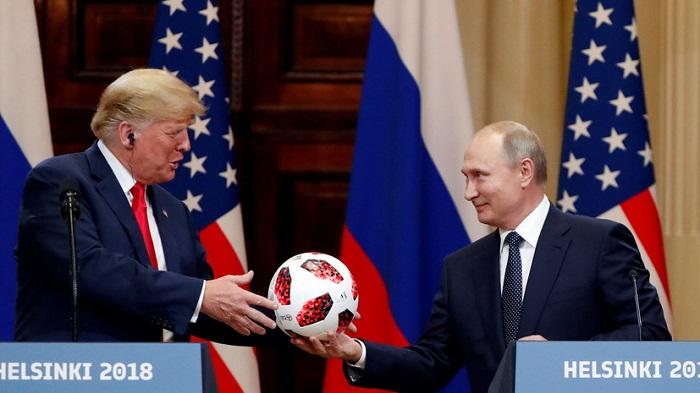 The US Administration thinks that the results of US Secretary of State Mike Pompeo’s visit to Russia on May 12-14 might offer prospects for a potential summit meeting between the two countries’ presidents, Vladimir Putin and Donald Trump, a senior State Department official said at a teleconference for journalists on Friday.

Axar.az reports citing Russian media that, the US diplomat focused on the upcoming visit of US Secretary of State Mike Pompeo to the Russian cities of Moscow and Sochi.

He evaded to answer whether Pompeo was planning during his talks in Russia to work out how to arrange a new potential meeting between Putin and Trump.

"In terms of summit or future meetings [between the two presidents], I would have to refer you to the White House, and we will see what comes out of the visit," he said.

He pointed out that the United States would like to seek better relations with Russia.

"We’ve been clear all along that part of our Russia policy is it is in our (US) interest to have a better relationship with Russia," he said.

"I don’t want to predict any outcomes. I think we’re approaching this from a very realistic approach that this is an opportunity to take the conversation to a higher level and to have that frank and direct conversation on this full range of issues on the relationship," the US diplomat said.

Pompeo will come to Russia on his first visit as the US Secretary of State on May 13-14. In Sochi, he will hold talks with Russian Foreign Minister Sergey Lavrov. Besides, the Kremlin has not ruled out Russian President Vladimir Putin could meet with the US top diplomat.