Next attack against Baku... - Aynur Jamalgizi 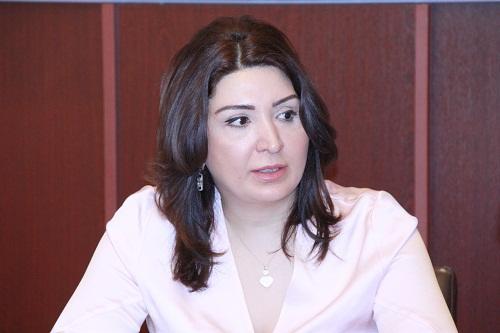 The solution of the Karabakh conflict is the desire of every Azerbaijani people:

Axar.az reports that, Honorary journalist, political analyst, head of Telegraph Holding Aynur Jamalqizi, told this during her speech at the international forum on "Armenia's regional threat" organized by the Council of State Support to Non-Governmental Organizations under the President of the Republic of Azerbaijan and the International Relations Investigation Center.

"Unfortunately, the visits of the co-chairs in this direction have started to be touristy. People have been living as a refugee and internally displaced persons for many years. We want the great powers to approach this process fairly. But, unfortunately, the concept of justice has changed. Of course, each of us is very interested in the ways to resolve this conflict. As it appears in the name of forum that, Armenia is already playing a threat role. I think we must act adequately against this threat. There are already examples of this: the April war and the successful military operation in Nakhchivan..."

A.Jamalgizi said that the Supreme Commander-in-Chief Ilham Aliyev's order is enough to mobilize our people and free our lands from occupation:

"But our enemy is not only the Armenia. As President Ilham Aliyev said at the official reception held on May 27, Unfourtunately there are some internal forces that support the enemy. On the eve of the final match of the UEFA Europa League, Azerbaijan showed its character in the information war. Steps taken against us were ineffective. We must know that such attacks against Azerbaijan will happen in the future. We must be so strong that, we can also overcome the next information attack as we did this time"