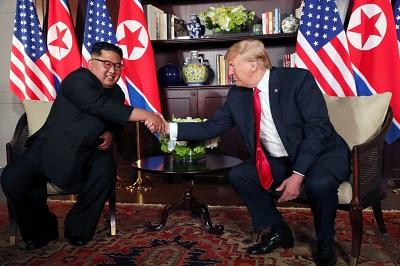 US President Donald Trump said Friday that North Korea's recent short-range missile tests did not violate his agreement with leader Kim Jong-un, although they may have breached United Nations Security Council resolutions.

"These missiles tests are not a violation of our signed Singapore agreement, nor was there discussion of short range missiles when we shook hands," he said. "There may be a United Nations violation, but Chairman Kim does not want to disappoint me with a violation of trust."