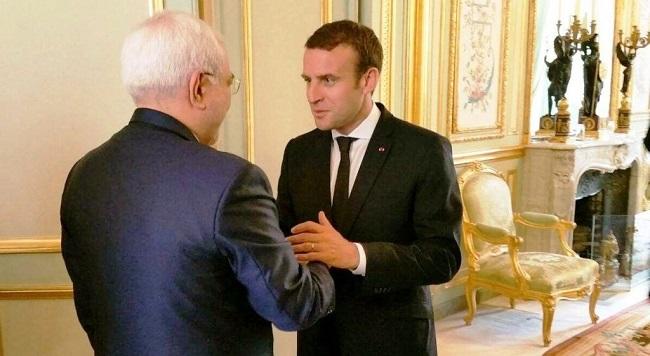 Axar.az reports citing Reuters that an official in Macron’s office said the meeting would take place around 1000 GMT, or 1200 local Paris time. World leaders will also discuss Iran at the G7 meeting in the French town of Biarritz later this week.

Zarif said on Thursday that Iran was prepared to work on French proposals to salvage the nuclear deal that Tehran signed with world powers, but he added that Iran would not tolerate U.S. interference in the Gulf.

The United States abandoned the international nuclear deal in May last year and stepped up sanctions on the Islamic Republic.

In an effort to prop up the agreement, Macron offered this week to either soften sanctions on Iran or provide a compensation mechanism “to enable the Iranian people to live better” in return for full compliance with the pact.

Iran-U.S. tensions have risen since the Trump administration quit the accord to curb Iran’s nuclear ambitions. Tehran has denounced the new penalties as “economic warfare”, and said that if its oil exports are cut to zero, international waterways will not have the same security as before.