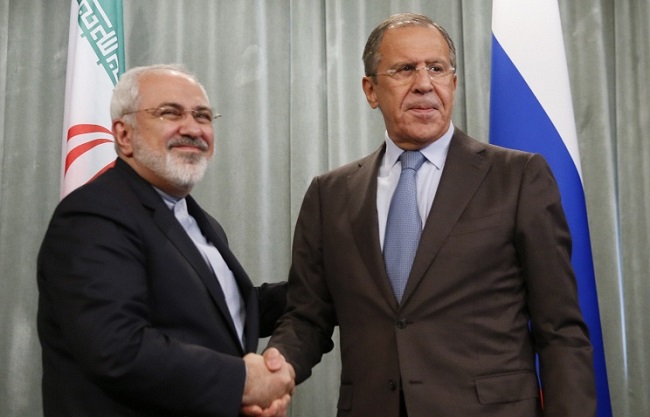 Speaking to reporters upon his arrival at Moscow airport, Zarif reminded the fact that the Iranian delegation’s visit to Moscow indicates strategic relations between two countries.

Axar.az reports citing İRNA that based on Iranian and Russian presidents’ policies, both sides have now established new relations, he added.

Tehran will never forget those friends which were standing by it in difficulties, Zarif said, adding that developing bilateral ties and regional and international issues will be discussed during the trip.

Referring to the presence of Iranian Energy Minister Reza Ardakanian as head of Iran-Russia economic commission, he said during this trip which is underway on the eve of Iran-Turkey-Russia trilateral meeting in Nur Sultan, both sides will review coordination in regional issues, especially those related to Yemen, Syria, Afghanistan and Israel aggressions on Lebanon as well.

He added that he had earlier held talks with Chinese officials as regarding Iran nuclear deal developments.

Zarif is to meet his Russian counterpart Sergei Lavrov on Monday to review the latest developments about the implementation of the JCPOA, the Persian Gulf, Syria, Afghanistan as well as Yemen.

The volume of Iran-Russia trade exchange has registered a 17 percent growth in recent years.