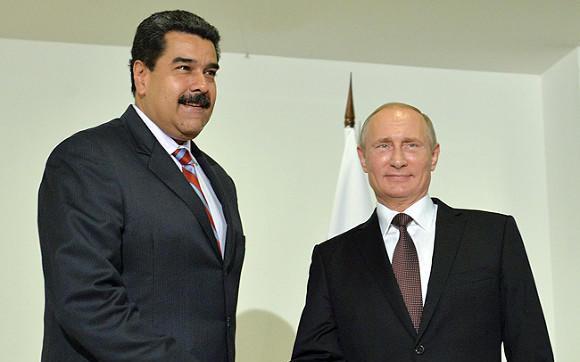 Venezuelan President Nicolas Maduro announced in a tweet on Tuesday that he has arrived in Russia.

Axar.az reports citing UAWire that he wrote on Twitter, publishing a photograph from the airport

“We have arrived in the Russian motherland in order to strengthen our historic and extremely positive relations and the respect between our nations."

He said that the fraternal relations that Moscow and Caracas have built over the years “are the fundamental axis for building a flourishing future for Venezuela”.

Kremlin spokesperson Dmitry Peskov said that the two presidents would meet on September 25. The talks will take place in Sochi on the sidelines of the Valdai Club. There, Putin will also meet with the presidents of the Philippines and Kazakhstan, Rodrigo Duterte and Kassym-Jomart Tokayev.