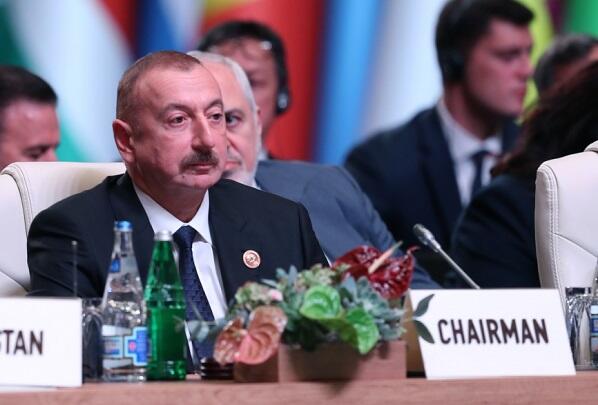 The summit of the Non-Aligned Movement, held in Baku, ended with great success and was marked by the adoption of important statements, Azerbaijani political analyst Arzu Naghiyev said.

Axar.az informs that, this summit is an event reflecting another important victory of Azerbaijan.

"In the speeches and meetings of President Ilham Aliyev, the position of 120 states was reaffirmed, demonstrating support for the inviolability of the territorial integrity of Azerbaijan, as well as their conviction that Armenia is an occupying state. That is, it was once again confirmed that the continuation of Armenia's occupation policy has serious consequences both in relation to the territorial integrity of Azerbaijan and in terms of supporting terrorism and separatism at the international level," the political analyst said.

According to the expert, along with this, in the speech of President Ilham Aliyev, it became clear that Azerbaijan is a secular state that stands for the protection of independence and security, where multicultural values are respected and reforms are carried out for the benefit of every citizen.

"Azerbaijan has once again demonstrated to the two thirds of the approximately 200 countries, represented at this event, its ability to conduct events at a high level with a full guarantee of security. During both bilateral meetings and the summit itself, the states of the world witnessed that Azerbaijan is an important and serious international partner in the economic, political, cultural and humanitarian spheres. Here, of course, the success of Azerbaijani diplomacy should be noted, and this issue was touched upon in the speeches of the participating states' representatives," Naghiyev said.

"The participating states noted, as an important fact, that they have become living witnesses of guarantees for ensuring human rights and freedoms, the rule of law and freedom of the press in Azerbaijan. All these aspects have evoked strong support from the Non-Aligned Movement Summit regarding the territorial integrity of Azerbaijan and in this, the extremely important role of domestic and foreign policy pursued by the Azerbaijani leadership and of course by President Ilham Aliyev is undeniable."