Trump orders Navy not to eject Gallagher from SEALs 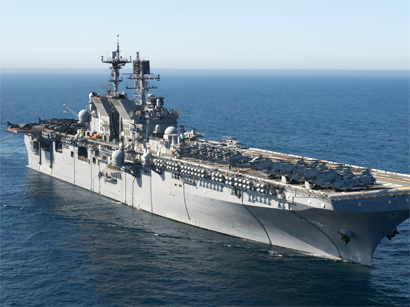 "The Navy will NOT be taking away Warfighter and Navy Seal Eddie Gallagher’s Trident Pin," Trumps said on Twitter. "This case was handled very badly from the beginning. Get back to business!"

The Navy Trident is the pin that symbolizes a special operator's membership in the SEALs, and its removal would have effectively ended his career in the elite group of warfighters.

Reports surfaced this week that the Navy was preparing to strip Gallagher of his SEAL status. They indicated a review board was formed Wednesday to determine whether Green and three of his superiors would be allowed to remain in the special forces unit.

Nearly a year after Gallagher was charged with murder, attempted murder and other war crimes tied to his deployment to Mosul, Iraq, including stabbing to death a wounded Daesh/ISIS prisoner of war, he was found guilty on a single charge -- posing with the teenage Daesh fighter's corpse -- and released from custody.

Gallagher was sentenced to four months confinement, but was granted time served for the over 200 days he spent in custody during trial.

Trump has long spoken favorably of Gallagher despite the grisly charges against him, and has continued to do so following his conviction.