Trump is entering another NATO summit all alone 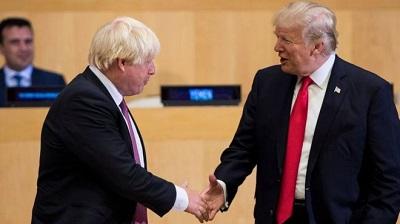 As leaders of NATO member states prepare for yet another summit in London next week, a familiar theme is emerging: how to keep President Donald Trump from disrupting proceedings.

Axar.az reports citing BI that Trump has succeeded in alienating virtually every traditional ally of the US as president, and much of this is linked to his obsession with NATO funding and defense spending more generally. But it's also because of his willingness to insert himself into the domestic politics of other countries and say whatever is on his mind.

British Prime Minister Boris Johnson has been one of Trump's few remaining allies abroad, but now it seems even he is starting to sour on his American counterpart.

Johnson is urging Trump to back off and keep quiet on the UK's upcoming general election during his visit to London next week. The British prime minister has sent an unequivocal message to Trump: Do not endorse.