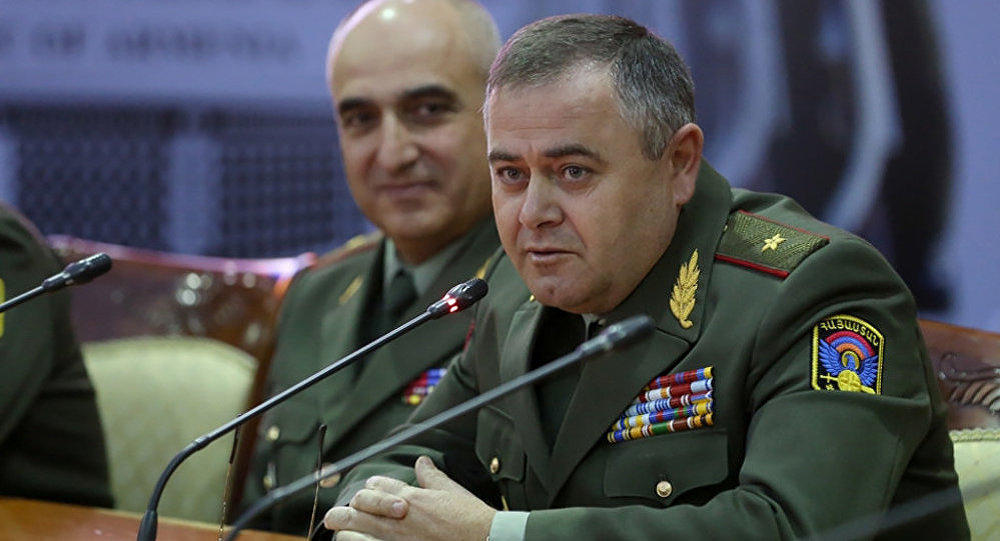 Chief of General Staff of the Armenian Armed Forces Artak Davtyan arrived in the occupied Karabakh region of Azerbaijan.

Axar.az reports Davtyan met with the head of the Karabakh separatists Bako Saakyan in Khankendi.