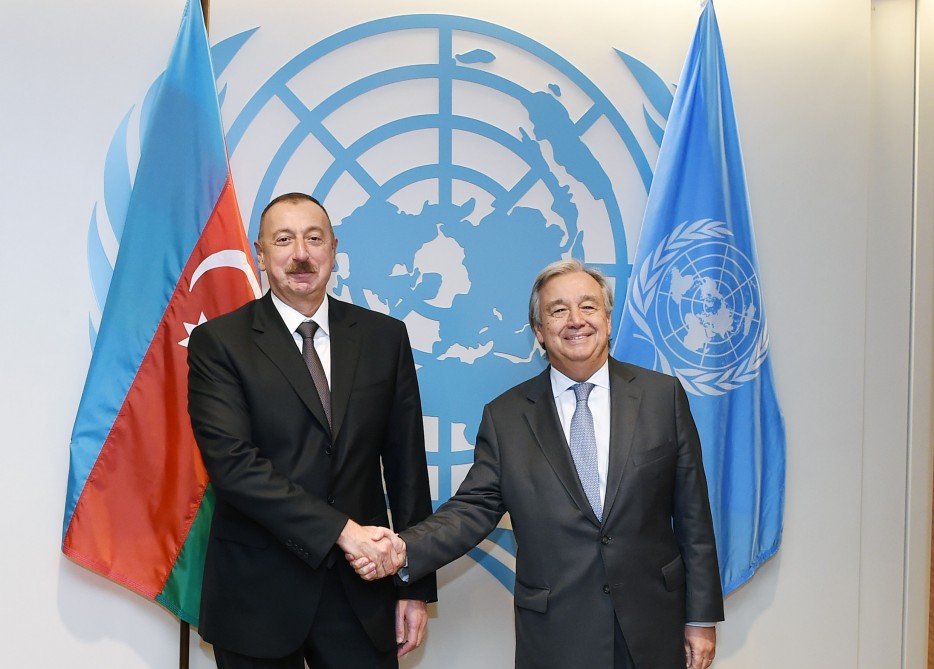 Axar.az reports that the head of state noted that Azerbaijan has donated $ 10 million to the World Health Organization and provided humanitarian and financial assistance to more than 30 countries to fight the COVID-19 pandemic.

President Ilham Aliyev thanked the Secretary-General for his prompt response to the UN General Assembly's request to convene a special session on COVID-19 on behalf of member states as chairman of the Non-Aligned Movement and stressed that more than 130 UN member states supported the initiative.