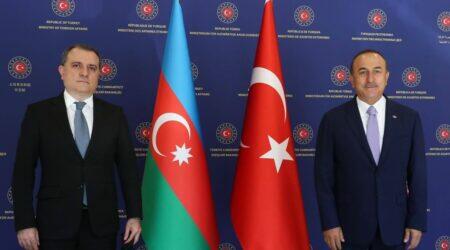 Axar.az informs that the Azerbaijani Foreign Ministry's press service told that Mevlut Cavushoglu expressed his condolences to Minister Jeyhun Bayramov in connection with the death of an Azerbaijani member of the Turkish ship's crew as a result of a pirate attack on a Turkish ship.

The Turkish Foreign Minister said that search and rescue operations had been launched.

Minister Jeyhun Bayramov thanked his colleague and wished success in the rescue operation.

It was noted that appropriate measures would be taken to bring the body of the killed Azerbaijani member of the ship to the homeland.

The ministers strongly condemned the actions of the pirates in violation of international law.