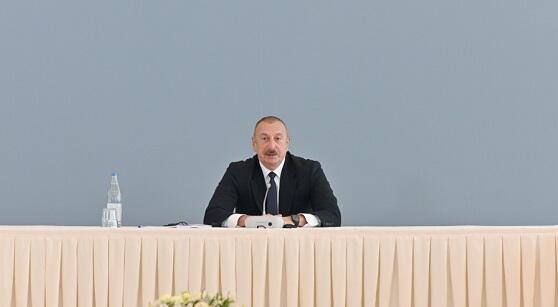 The US publication Foreign Policy News published an article on the speech of Azerbaijani President Ilham Aliyev at an international conference at ADA University.

Axar.az reports that according to the article, the conference was attended by independent experts, scientists, representatives of various international research centres and academic institutions on the Nagorno-Karabakh conflict, which resulted in the death of tens of thousands of people.

The article covers the statements of the President of Azerbaijan on the current situation in the region, views and opinions on the future of the South Caucasus, as well as comprehensive comments.