Ali Asadov is in Russia 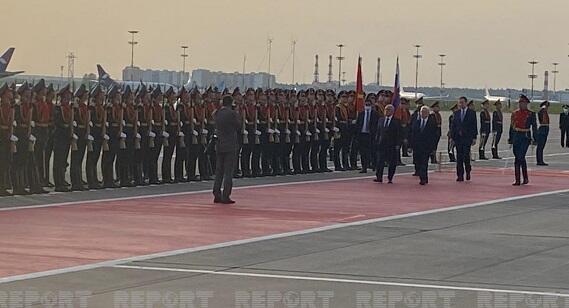 Today, May 19, the Prime Minister of the Republic of Azerbaijan Ali Asadov will pay an official visit to the Russian Federation.

Axar.az reports citing the press service of the Cabinet of Ministers.

Azerbaijani Prime Minister Ali Asadov has arrived in Russia on an official visit.

Azerbaijani Prime Minister Ali Asadov was met by Russian officials at Vnukovo-2 airport. A guard of honor was lined up in honor of the head of the Azerbaijani government.