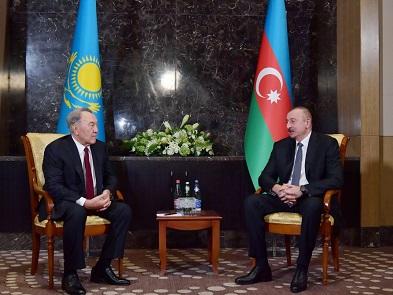 On December 1, President of the Republic of Azerbaijan Ilham Aliyev called the First President of Kazakhstan - President Nursultan Nazarbayev.

During the telephone conversation, Nursultan Nazarbayev expressed his condolences to President Ilham Aliyev in connection with the death of our servicemen in a helicopter crash.

The President of Azerbaijan thanked him for his condolences.